Research for a sunny future!

All of the systems in our pilot solar cell line are the same as those used in industry, except that we load and unload them manually in order to be able to use the systems more flexibly. This allows us to improve existing technologies and to develop the new technologies of tomorrow.

All our cell technology processes are based on the standard PERC (Passivated Emitter and Rear Contact) process, which leads to high average efficiencies of 22.5% and the lowest manufacturing costs of approximately 8€ct/Wp. The wafer size to be processed at the ISC is now up to M6 (166 x 166 mm2). Using the analogy of mobile radio networks, we refer to the processes below as 4G (current), 5G (future and shown in the lab), and 6G (future technologies). 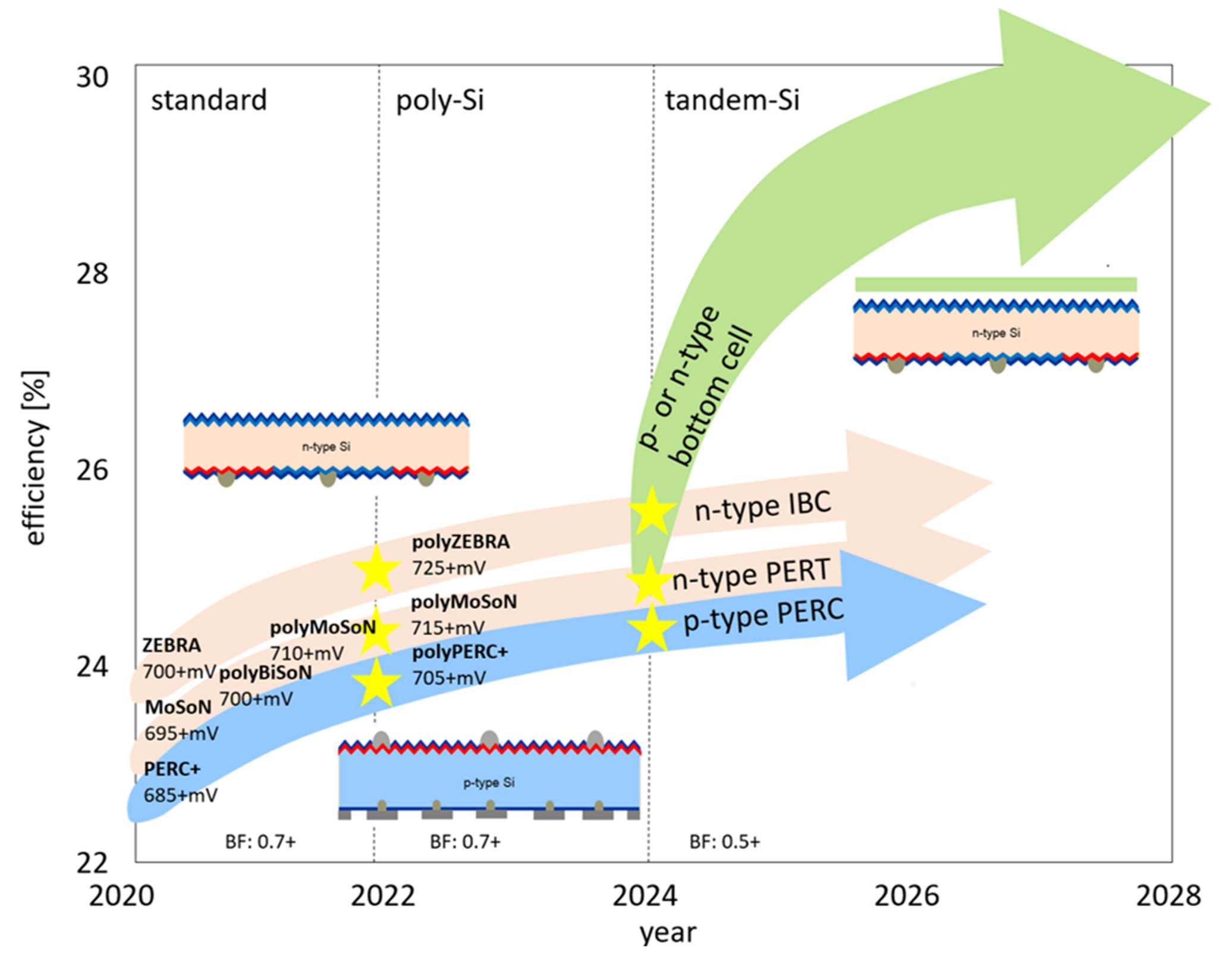 Processes like PERC, or processes that are 90% based on PERC technology (e.g., nPERT and IBC without passivating contacts) are called 4G processes in this analogy. These run fast and stable, and lead to high average efficiencies of up to 22.5% – with ZEBRA IBC even well above 23%.

These technologies manage without passivating contacts and still achieve high efficiencies. The earlier BiSoN technology does not exceed 685 mV and is therefore no longer developed by us or offered for technology transfer. Now we are working on further developments (5G), the so-called polyBiSoN or TuKaN (as well as polyPERT, TOPCon or also PERP). The MoSoN technology is a great alternative to PERC with very low manufacturing costs and a high voltage of 700 mV. MoSoN can not only achieve efficiencies of up to 23%, but also has other advantages over PERC technology, such as lower degradation, more effective use of low light, and better functionality in higher temperatures.

ISC Konstanz’s ZEBRA technology is the most cost-effective IBC technology on the PV market, with a proven average efficiency in industrial mass production of over 23.3% and voltages over 700 mV. This is the only “4G process” in c-Si photovoltaics that we know of that achieves such high voltages. Similar to MoSoN solar cells, ZEBRA cells do not degrade and can convert light to electricity more effectively than PERC cells (https://www.bmbf.de/de/mein-beitrag-zum-klimaschutz-ein-zebra-auf-dem-dach-12333.html). In the near future, the cost of ZEBRA can be further reduced by reducing the amount of silver in the metallisation process or by replacing silver with copper or aluminium.

Our 5G processes, which lead to very high efficiencies above 23% but are yet to reach the stability of the 4G processes, are still about 70% based on PERC technology. These need further development of the so-called poly-silicon deposition, which should be single-sided, fast, and preferably with in-situ doping. This technology is being developed by our industrial partners Centrotherm (PECVD), Von Ardenne (PECVD, PVD), and Schmid (APCVD).

This technology is likely to be used industrially in IBC configurations due to the increasingly common use of Ga-doped Cz-Si wafers. This cell technology is to be developed in a publicly funded project.

The polyPERT technology, also called TOPCon, is being developed in several public projects at ISC Konstanz and can lead to bifacial solar cells with efficiencies of over 23% and voltages of over 705 mV.

Poly-Si technology can be used most effectively in IBC solar cells, where it can lead to efficiencies above 25%. Developments are being carried out in several publicly funded national projects as well as in the EU-funded H2020 project HighLite.

To achieve a cell efficiency of more than 27%, several absorbers are required to better capture the spectrum of the Sun’s energy. Silicon solar cells are a kind of single absorber, which can be combined with other absorbers in so-called ‘tandem’ solar cells. Other semiconductors developed in collaboration with partner institutes are applied on the surface of ISC Konstanz’s crystalline silicon solar cells. The different absorbers can be electrically connected to form so-called 2-, 3-, or 4-terminal tandem solar cells and we are working with various partners on all three of these concepts. To bring these tandem technologies quickly to the commercial PV market, we started the first tandemPV workshop in Constance in 2020. The workshops are now held once a year at different partner institutes: tandemPV-workshop.com 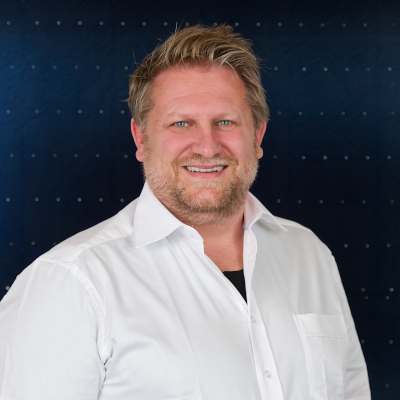